News from ServiceMaster by Ayotte 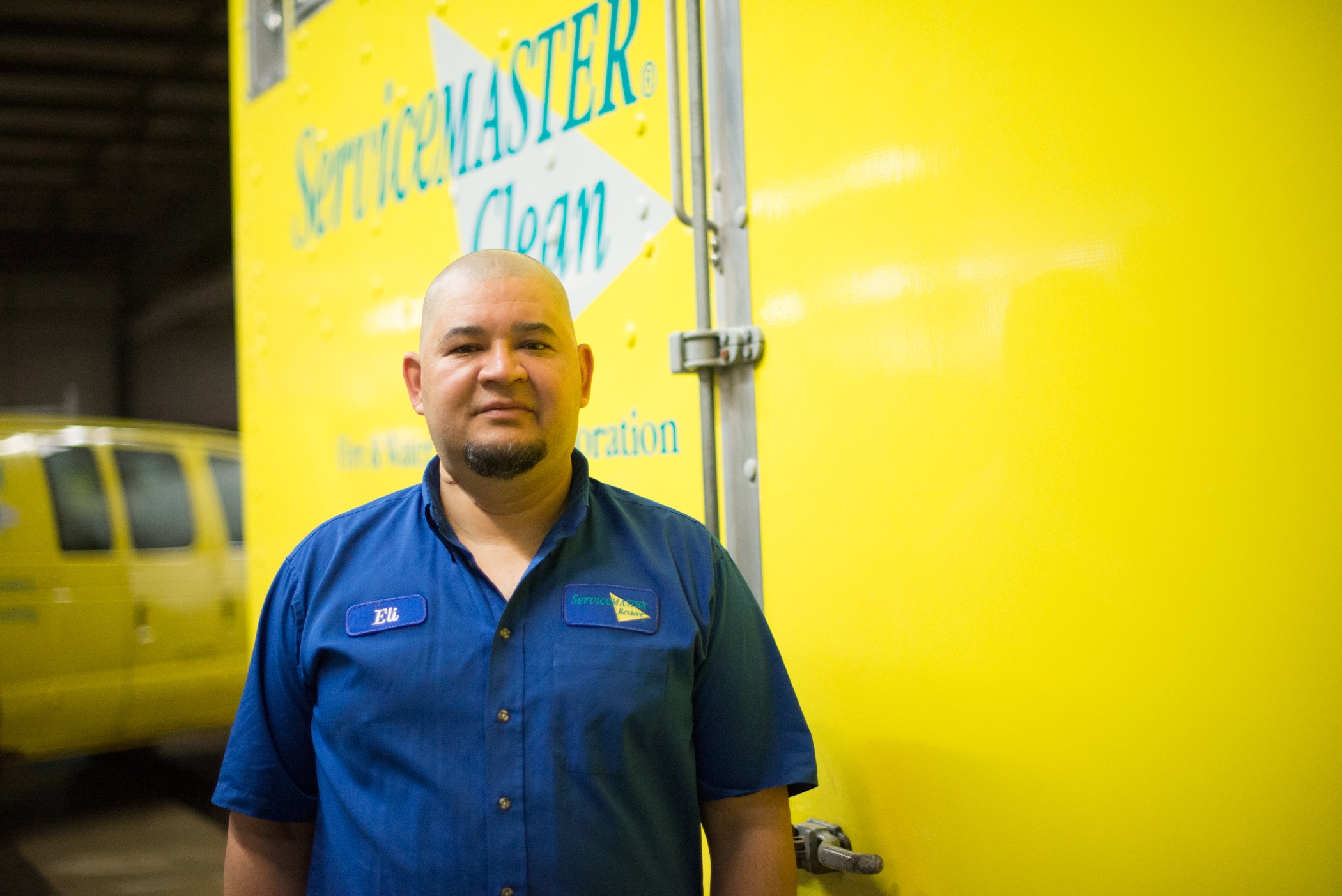 Eli is our Disaster Restoration Manager and manages a team of 6. He has been with ServiceMaster by Ayotte for 16 years. He is originally from El Salvador and has two kids ages 16 and 18. He enjoys going to MN United soccer games. Soccer is one of Eli’s favorite pastimes. He doesn’t play in the league, but enjoys kicking the ball around being mindful of his back injury. We were able to sit down with Eli to ask him about his role at ServiceMaster by Ayotte.

What is your role within ServiceMaster by Ayotte?

What got you started in this industry?

“I worked in Madelia in the chicken plant – when Danny started in the shop in Dundas, he mentioned he was looking for weekend help with janitorial team (with Oscar) working on floors. Danny offered me the job after he saw how I worked, which was a great compliment. I previously worked at St. Olaf and Fareway Foods (the old McLane) Thursday-Sunday, Danny moved me to DR so I could work during the weeks.”

What were you most surprised to learn about when starting out in this industry?

“Floors. There is so much to learn and know. I went to class with Danny in Chicago for a week to do training. Customers might not think the floor is went because they don’t see water, but water can seep everywhere! After fires we work with the families to inventory items, that was a new and interesting thing to learn about.”

What is your favorite part of the job?

“I really enjoy demo. On water jobs, every day is something different! The first day is really difficult hands on work because you’re doing the demo. The next few days you are bringing the house back to normal.”

What is one thing nobody knows about you?

“In 2002, I got the top score in the Mankato soccer league – we were champion of the league!”